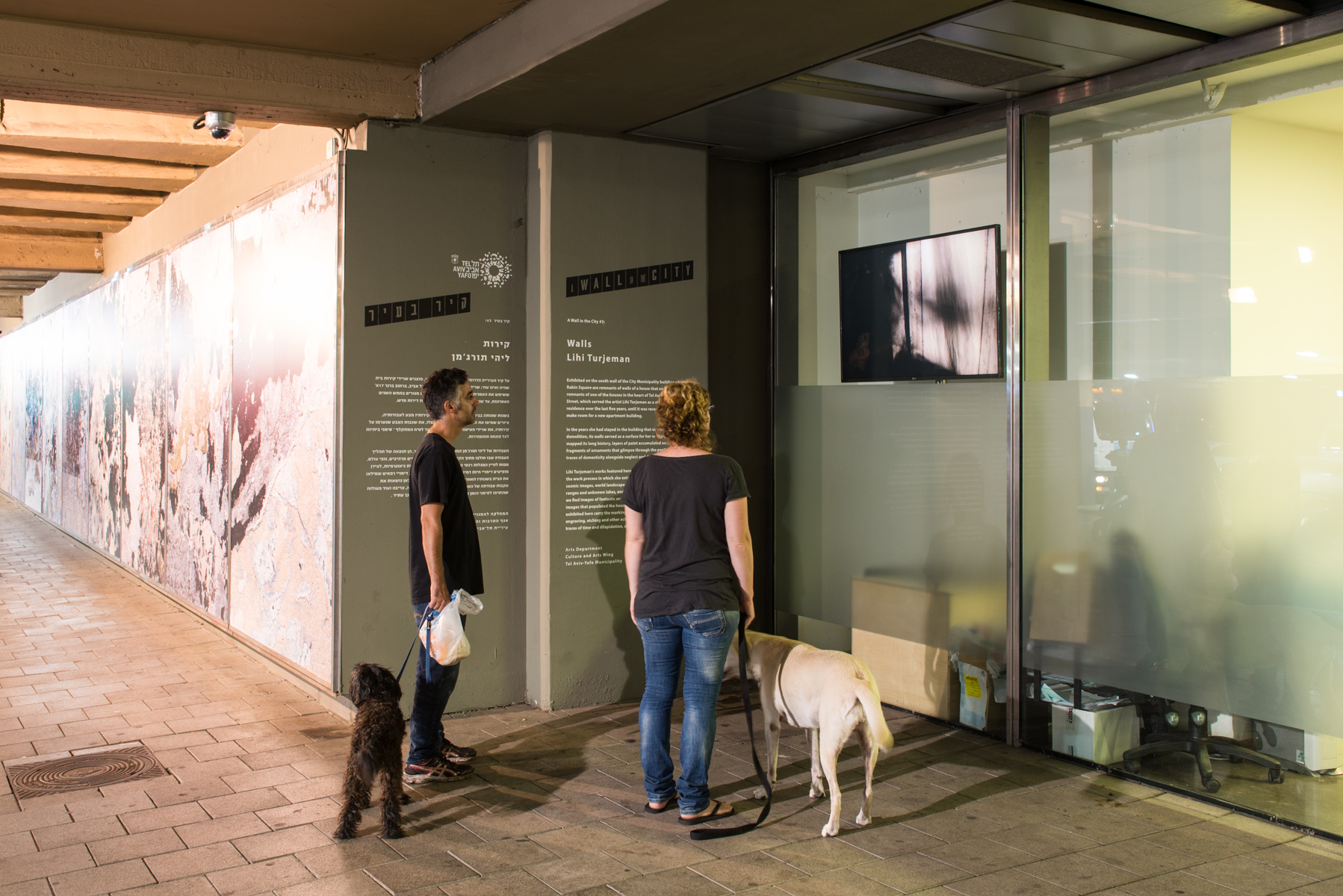 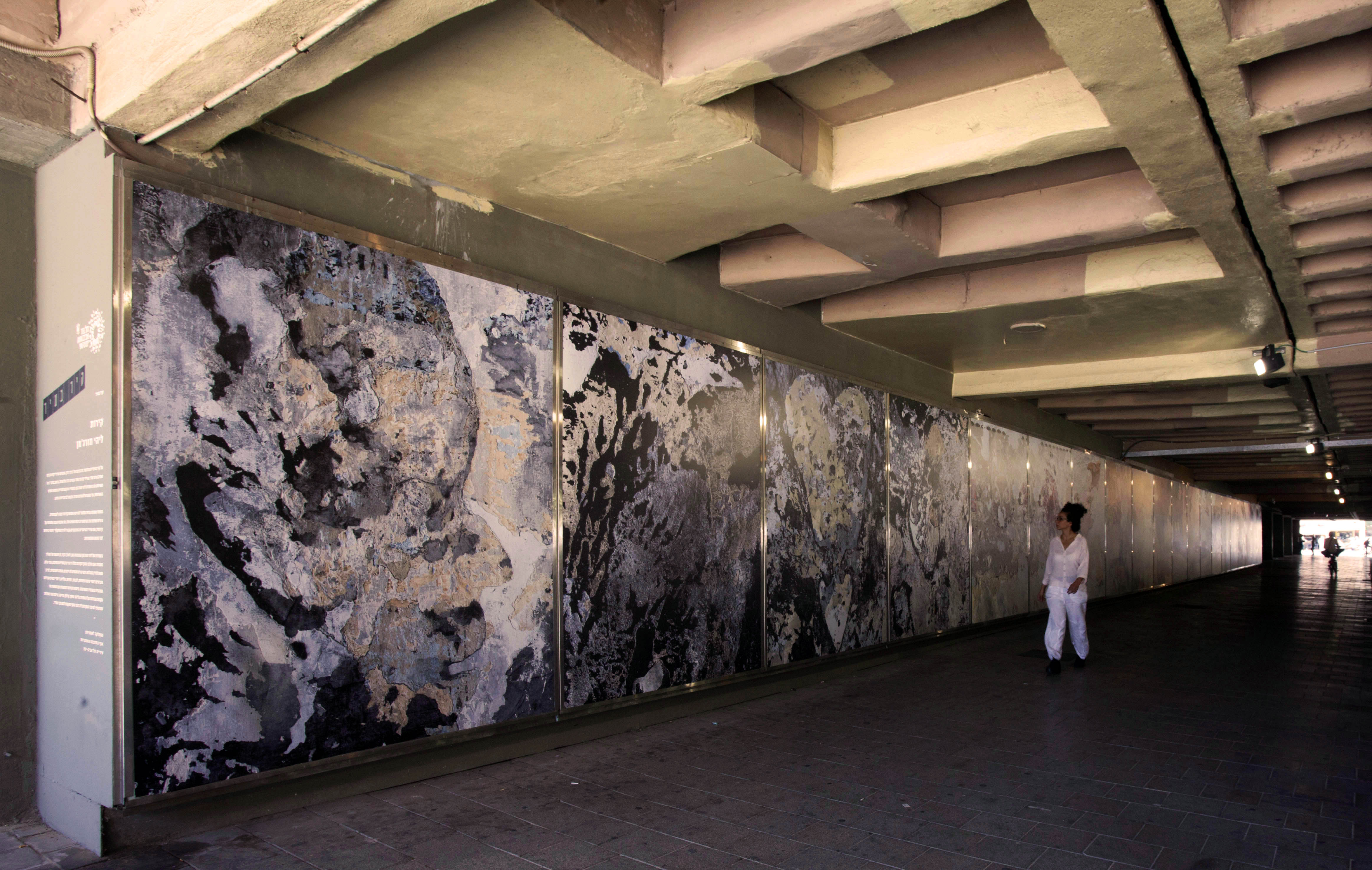 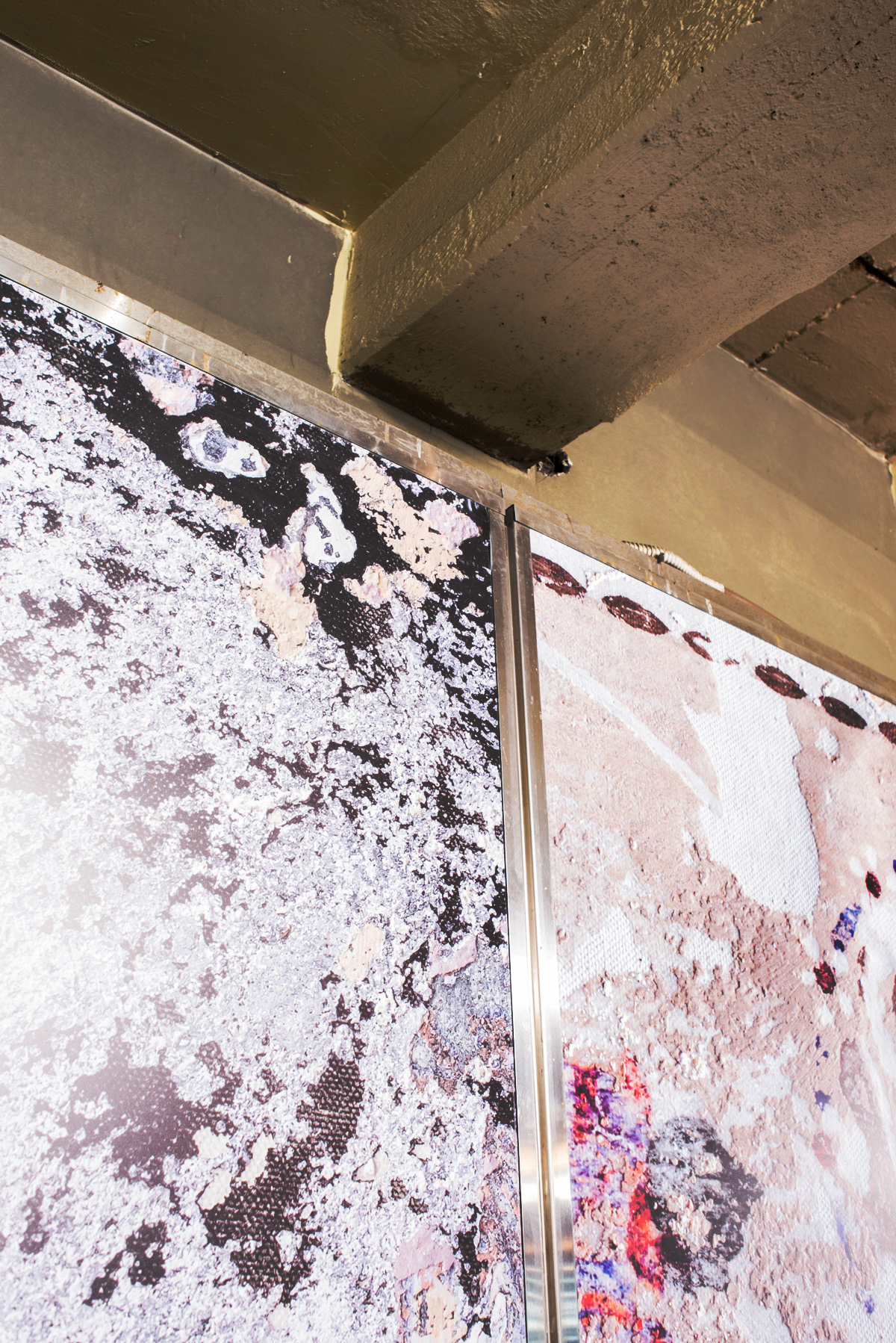 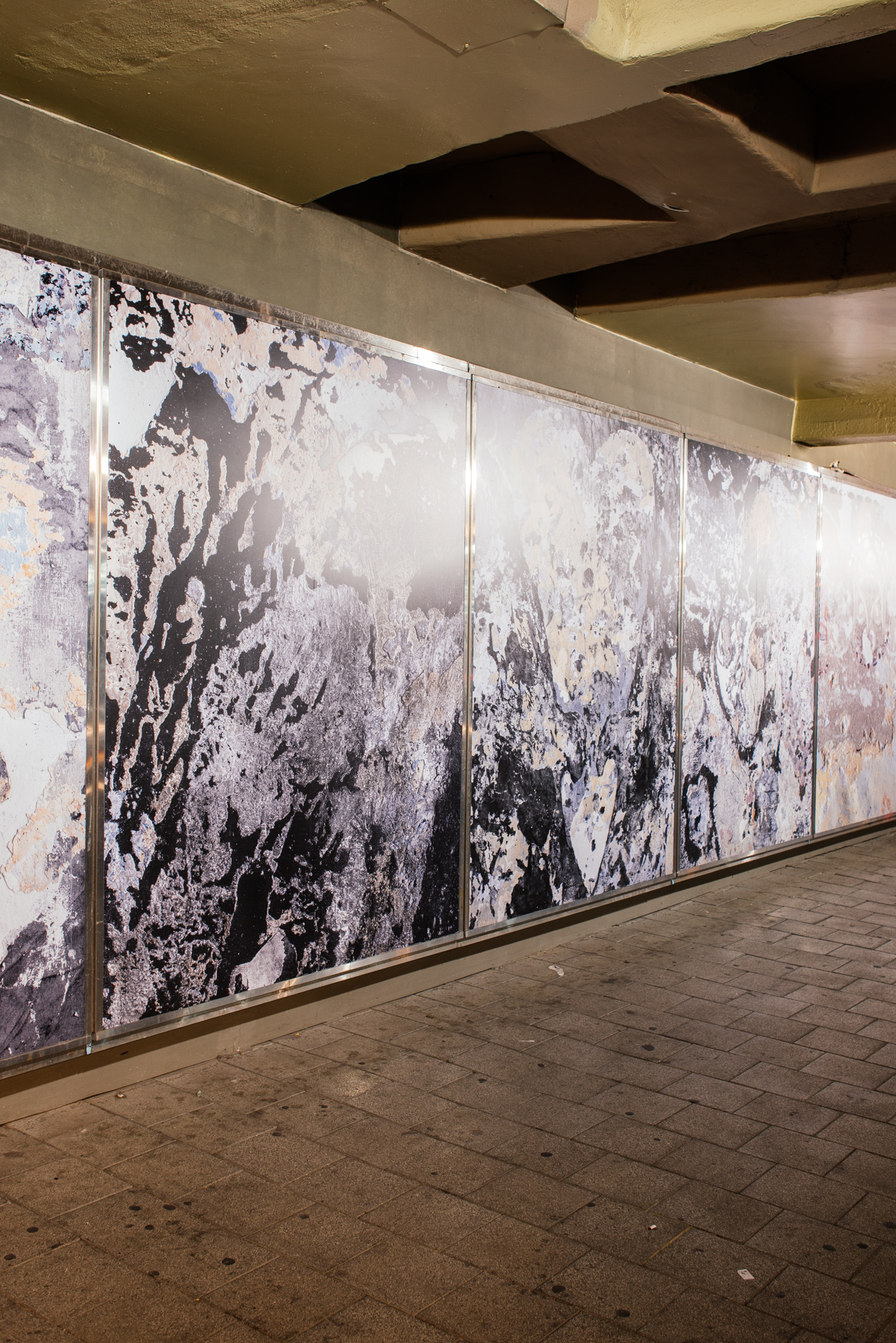 Exhibited on the south wall of the City Municipality building which faces Rabin Square are remnants of walls of a house that no longer exists; the remnants of one of the houses in the heart of Tel Aviv, on 17a Brenner Street, which served the artist Lihi Turjeman as a studio and place of residence over the last five years, until it was recently demolished to make room for a new apartment building.

In the years she had stayed in the building that was slated for demolition, its walls served as a surface for her works: paintings that mapped its long history, layers of paint accumulated on its walls, fragments of ornaments that glimpse through the peeling plaster – traces of domesticityalongside neglect and decay.

Mouse hover to zoom on details

Lihi Turjeman’s works featured here, along the wall, are the result of the work process in which she extracted from these walls spectacular cosmic images, world landscapes, satellite maps that reveal mountain ranges and unknown lakes, and geographical maps, alongside which we find images of fantastic animals, hearts, figures, silhouettes, ghost images that populated the house in its final years. The wall fragments exhibited here carry the markings of the artist’s work – sanding, peeling, engraving, etching and other actions that added another layer to the traces of time and dilapidation, and thus provide them with a future.